I’ve been spending quite a bit of my time lately contemplating the pros and cons of living in Europe since I’m not sure if I want to move back there after living there for one year. So I figured I’d get it all out here so both you and I can figure out whether we want to live in Europe or not!

For some background on why I’m talking about the pros and cons of living in Europe (and thinking about it non-stop lately)… my husband and I moved to France in January 2020. We lived in Nice, France for one year (debatably during the worst year ever) but we learned a lot about what living in Europe is like.

By the way, if you plan to move to France, definitely read this book or this book first! Trust me, it will make your transition and understanding of French culture so much better.

Besides that, Jake and I have lived almost two years in Southeast Asia, some time in Turkey, and a handful of months in Mexico.

We’re at a point where we need to decide where we’d like to have a home base for the next couple of years since I would really like a bit more stability than the nomad lifestyle can give me. We’ve been nomadic for almost 5 years and have lived all over the world, but we still don’t have a place to call home.

The Pros of Living in Europe

Tons of Places Nearby to Travel to for Cheap Prices

One of my favorite things to do when looking at a place to stay for a few months (in this case for more long-term) is hop onto Skyscanner.

Skyscanner has this awesome feature where you can type in the airport and then choose “Everywhere” as your destination. After that, I choose “Cheapest Months” and just see what destinations are available nearby and how much it will cost to travel there.

Since I’m American, one of them most popular expat locations is Mexico, so I’ll compare hubs in Europe to Mexico to show how big of a deal this exercise is when choosing a home. (If travel is important to you!)

Say we were to choose Puerto Vallarta as a home base instead of a major city in Europe…this is what our travel options would look like:

Lots of great places listed, however, let’s compare that to what life in Europe could look like. Doing the same search as above but just changing the city to see what living in Europe would be like:

Just in the first screenshot alone, I have 7 different countries for under $100. As a budget traveler and travel blogger, this is definitely the number one plus for living in Europe. The ease of travel and the incredibly low prices are only challenged by Southeast Asia, but even there it’ll be more expensive because of the longer distances.

And these are just prices for flights! Usually Jake and I use Flixbus or Omio to bus around Europe for prices even lower than the ones listed above.

RELATED:  5 Tips Guaranteed to Save You Money While Traveling Europe

So Many Cultures & Countries to Experience

Since the flights around Europe are so cheap, you have the opportunity to explore and experience many different cultures just a flight away from your home!

Almost every country speaks a different language, has different customs and traditions, amazing food, and celebrations. It’s incredible that they are all so close to each other but also so different.

Other places in the world are similar, like Asia and South America. However, the distance between the countries is much longer and the countries themselves are larger as well.

Places So Beautiful You Don’t Believe They Actually Exist

Yes, I realize that this list is a bit travel-heavy at first, but I promise I will get into other areas of living in Europe in a bit! You just can’t look past this specific point: Europe is unbelievably stunning.

Everywhere in the world has amazingly beautiful places, Ninh Binh in Vietnam, Nusa Penida in Bali, Patagonia in Chile and Argentina, Banff in Canada…so I am definitely not saying that Europe is the only beautiful place.

However, Europe has an overwhelming amount of places that will just absolutely take your breath away. Where you see a picture and think “that can’t be real!” and then you actually go there and it is indeed real.

Maybe I’m biased on this one, but I can definitely tell you that a lifetime in Europe isn’t enough to see every insanely beautiful place on that continent.

Learn a Language While Living in Europe

You can take that opportunity to open your world and perspective by learning a new language. Your opportunities to understand and participate in the local culture will increase greatly just by learning their language.

If you’re planning on heading to Europe, why not get started early? iTalki classes are literally the best thing to ever happen to language learning (for less than $10 for an hour class!) plus, here’s my language learning study plan using just 3 resources.

Some of the Best Hiking Trails in the World

If you are an avid hiker, then living in Europe is definitely for you. The EU is wonderfully organized with their hiking trails.

They are well-kept and well-marked. Unlike other places in the world (I’m looking at you Southeast Asia & South America) you don’t need to hire a guide to go on a long hike or trek.

The trails are free to everyone and I don’t think there’s another place in the world quite like Europe for hiking. Canada and the USA definitely are contenders, though, and I’m sure some people will definitely want to debate me on this one!

But where else in the world could you start a hike in the French alps and then end by swimming in the Cote d’Azur? (Seriously, this exists on the GR52 trail in France!)

Or hike through a valley at the border of Italy and end with a view of the Matterhorn? (Yes, the one from Disneyland!!)

Cons of Living in Europe

Something that is seriously GREAT for EU citizens and an absolute nightmare for the rest of us is the Schengen. Basically, 26 countries in Europe act as though they are one country (like the States in the USA) and allow you to travel between them without visas or a passport.

However, that is ONLY for EU citizens. For the rest of us, we get a measly 90 days in every 180 days to visit 26 COUNTRIES! Seriously, Europe, what the heck?!

If you’ve never experienced this, it means that you can spend 90 days (not 3 months, exactly 90 days) and then you need to leave Europe for 90 days in order to be able to come back.

So what does this have to do with living in Europe? It means that the visa process to stay for longer than those 90 days is usually VERY complicated.

Wanna know how complicated? Check out the visa process I followed in order to stay in France for 1 year. This is easy compared to what I’d have to do to live in Spain!

Europe has their own way of doing things and they tend to be quite particular. Things might not make sense, and they DEFINITELY won’t be efficient, but that’s the way things are done.

For an example of this, read my nightmare of trying to open a bank account and find an apartment in France.

The red tape is pretty ridiculous in Europe. When thinking about having to do a visa process like that again, I really have to go back and read my pros list again lol.

If you plan to become a resident or citizen of Europe and you’re coming from a country with lower taxes, you’re in for a bit of a shock. Especially if you’re self-employed, you’re looking at 40-50% tax in most cases.

Yes, Europe gives it’s citizens a LOT more than other countries. However, it’s still not quite fair for the self-employed.

This gets super complicated, but it’s definitely something you need to be aware of!

In most places in Europe, you’re going to be experiencing a pretty cold winter. For me, this is a problem. I’ve been chasing summer for the past 5 years (there’s no better place for this than Southeast Asia, by the way!)

However, in the southern parts of Europe, you can get a very mild winter with no snow. If you need temperatures higher than 40-50 degrees in the winter, you’ll probably need to leave Europe in the winter or consider living somewhere else.

RELATED:  15+ Things You Absolutely Must See & Do In La Turbie

The best places for a warm-ish winter are anywhere along the Southern coast of Spain, France or Italy.

This one is a bit hard to explain as it’s more abstract and has more of a feeling to it. But basically, compared to living in America, Mexico, or Southeast Asia, Europe feels more strict.

There are certain expectations for how to act and dress that can be hard to live up to. For me, this was needing to put jeans on to go to the grocery store or making my husband put on a shirt when walking home from the beach.

Some handle this better than others, and some just don’t care at all and just do whatever they want. In the end, you can try to fit in the best you can, but you aren’t European.

You’ll still be different no matter what you try to do, so just try to find the best way to balance blending in and still being yourself!

Obviously, this one doesn’t apply to everyone, but if you’re looking into the pros and cons of living in Europe, there’s a good chance you’re not from there!

The USA is far from basically everything (which is another reason I never want to live there) and the flights are quite expensive to get home.

If you plan to be visiting your home country pretty often, you’ll definitely need to factor in the costs of this and how often you can actually afford to visit.

The sad reality is that your family and friends will most likely not be visiting you, it’s one of the harsh truths of being an expat.

So you’ll need to come to terms with the costs of keeping those relationships alive. Can you afford to visit your family and friends? Or will you only be able to visit family and have to skip visiting your friends?

Just some things to consider when deciding to move to Europe.

Living in Europe is Sweet & Sour

At the end of the day, no place on Earth is the perfect place to live. All of the cons I have mentioned here, although some are quite heavy, aren’t enough for me to say that living in Europe isn’t worth it!

However, that’s a super personal decision and there are so many factors that go into choosing where to live. I get the struggle, so please comment and let me know if you are struggling to know where to go and if Europe is on your list! 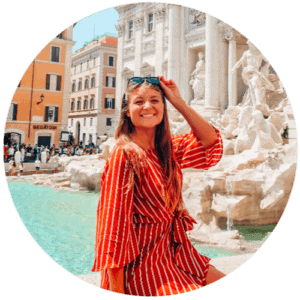